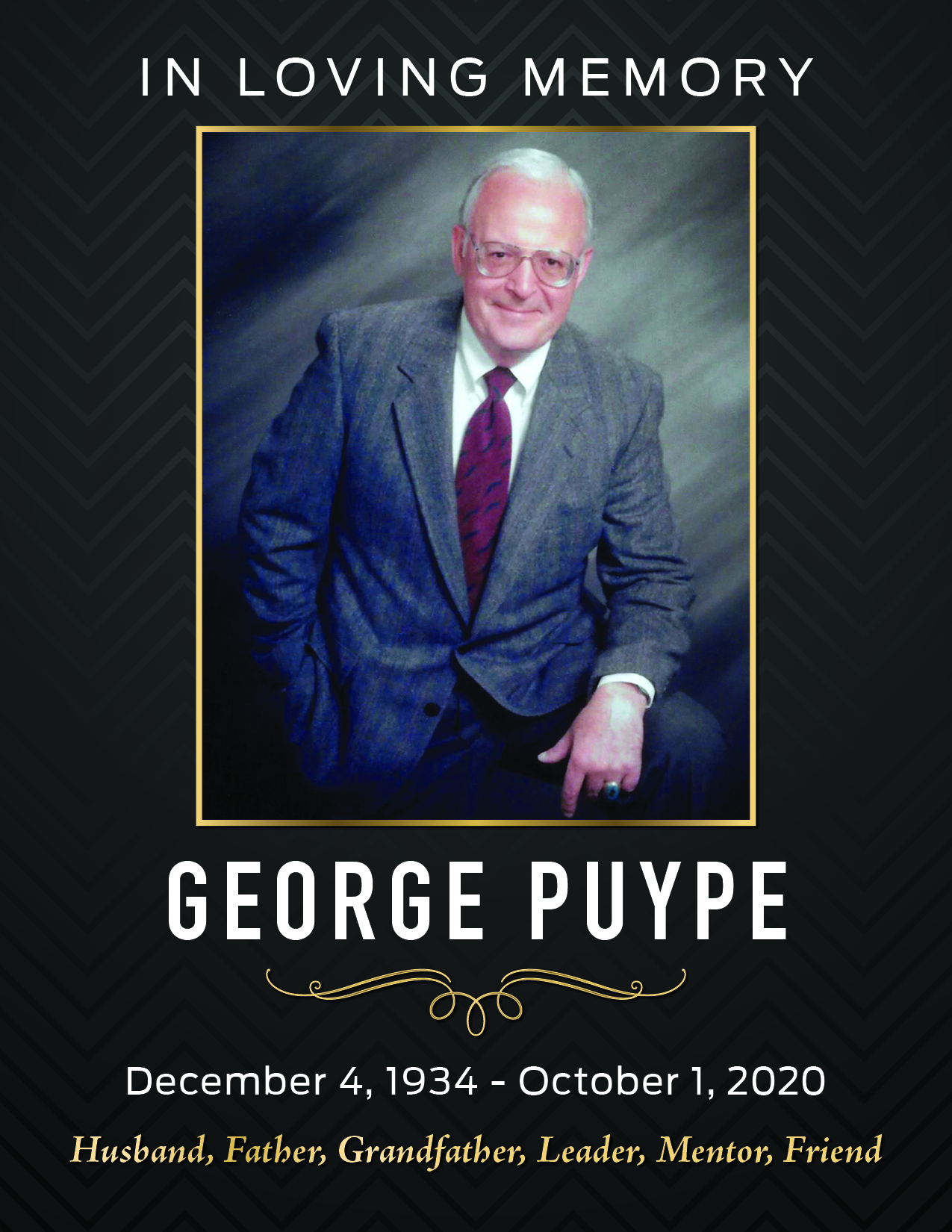 George Augustine Puype was born on December 4, 1934 in Wrenshall, Minnesota. He passed from this life on October 1, 2020 at the age of 85 from natural causes.  George is survived by his wife Anne, children, grandchildren and great-children.  He is also survived by 68 employees that he considered his family and whom he played a father figure role for so many.

George was raised on a dairy farm and learned his lifelong hard work ethic starting with chores on the farm.  George was an excellent student who loved words and the English language. He studied the dictionary at night, which helped him to win spelling championships.  In school, he played football, basketball, and ran track.  He was also editor of the school newspaper and yearbook and played trumpet in the band. George attended St. Thomas University where he received a degree in Political Science.  While in school, he met his wife of 63 years and the great love of his life, Anne Archer.

After getting married, George and Anne left Minnesota and settled in Arizona, raising their family of six children.  George spent his career working in the computer industry.  In 1988, he established Aspen Systems, partnering with his daughter, Lisa Lawrence. George led the company as President and CEO until 2015. Aspen Systems is considered a leading provider of ERP software for the Food Industry. George never gave up; he was an eternal optimist and his persuasiveness made him an incredible salesperson.  He was always kind, generous and truly cared about others.  George’s great leadership and vision continues to inspire.

In lieu of flowers, donations can be made to St. Mary’s Foodbank in George’s memory: http://smfba.convio.net/GeorgePuypeTribute

Alibaba to Buy Up to 10% Stake in Duty-Free Retailer DufryOctober 5, 2020 Perdue Farms Chairman Elected to the Meat Industry Hall of Fame Class of 2020October 2, 2020